Texas Air Repair is a locally-owned and operated air conditioning and heating company. We provide residential and commercial HVAC services in San Antonio, Houston, Austin and the surrounding areas. As a company, we understand that our success comes from the satisfaction of our customers. From the time we show up to your home or business until the time that we leave, our licensed technicians will keep you informed and peace at mind.

What Sets Us Apart

At Texas Air Repair, our team has over 25 years of experience and is committed to providing outstanding air conditioning services to all of our customers. We are highly rated online and are proud to say that we have an A+ rating with the Better Business Bureau.

As a family-owned and operated air conditioning business, we understand the value of getting to know our customers. The owner, Henry Rodriguez was born and raised in Michigan, he would spend the summers with his family in San Antonio, where his father was from, every year and always said San Antonio would be his home.

He started his HVAC education and career in 1993 and became EPA Certified in 1995. Henry decided to be a permanent resident of the great state of Texas in 1996 and has been providing residential and commercial HVAC service to San Antonio, Austin, Houston, and the surrounding areas for over 20 years. He is also active in the community, supporting and sponsoring events. At Texas Air Repair, we offer a wide range of air conditioning services to keep you comfortable throughout the year.

Hear From Our Happy Customers

Texas Air repair was absolutely great. Came on time for their appointment, the tech was friendly and efficient, and they got the repair done quickly. Very impressed with Texas Air and would recommend them highly to anyone

Hands down the best AC company in South Texas. Reliable, honest, and trustworthy. I absolutely feel Henry is telling the truth and not trying to just sell me something I don’t need. Highly recommend this company.

Courteous staff, always willing to help you and address the actual problem rather than upsell you on unnecessary parts. I trust Henry’s team with all my ac/heating needs because he treats his customers as his own family. 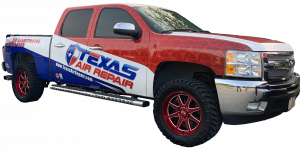 Same-Day & 24/7 Emergency Service For Your Home.

“Texas Air Repair is family owned and operated with over 20 years of experience in the air conditioning industry. We offer a range of air conditioning services for San Antonio, Houston, Austin, and the surrounding areas.”